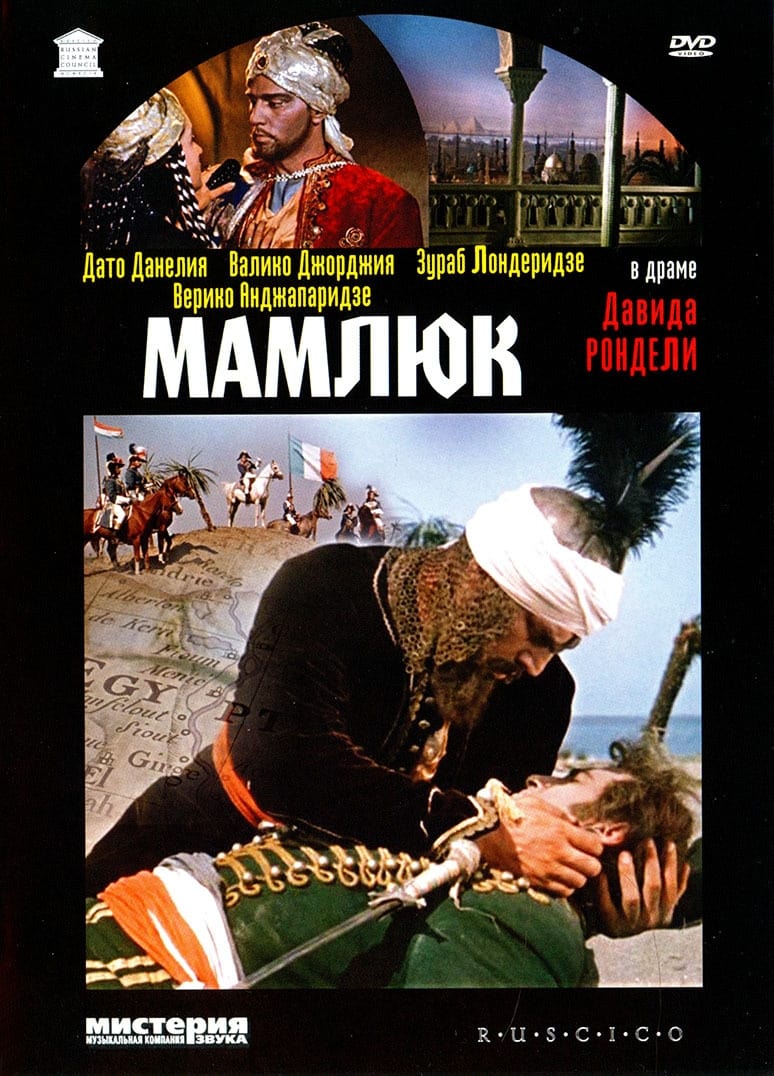 Year
2022
Catalog
Movies
Genre
Drama / Romance / Action / War / Adventure / History
IMDB
Preview
Rating
7.2 from 10 with total 3 votes
Premiere
1958-09-14
Runtime
97 minutes
Description
In Arabic, “mameluke” means a white slave, a prisoner. In Egypt, this name was given to prisoners of war who had been sold into slavery from Georgia and other countries of the Caucasus. The action of this drama starts in Georgia in the late 18th century. Two friends are abducted and sold into slavery. One ends up in Egypt, the other - in Venice. Years later, they meet by the ancient pyramids, in the desert where a battle is going on between the armies of Bonaparte and Ali-bey, the ruler of Egypt. In a combat with a French officer, the Mameluke injures him. Falling from his horse onto the sand, the officer exclaims in Georgian: “Vai, nana!” (“Oh, mother!”). And the Mameluke recognizes in him a mate of his childhood games.
Cast